Shyam (he usually goes by the one name) is currently the most familiar illustrator in Tamil publishing. His work can be found in all the popular weekly Tamil magazines, as well as mags from other southern states. He's also done a large number of book covers, including several of Blaft's: The Blaft Anthology of Tamil Pulp Fiction series, for example, as well as this month's new release, The Aayakudi Murders by Indra Soundar Rajan. Blaft director Rashmi Ruth Devadasan asked him some questions for a recent piece at Paper Planes about pulp art. They didn't have room for the full interview, but we think it's a fascinating look into Shyam's background and approach to art, so we're reproducing it here!

(Interview conducted in Tamil and translated by Rashmi Ruth Devadasan)

How old are you? How long have you been illustrating/painting?

I am 42 years old. Well, you could say I’ve been drawing since I was 5. Drawing wasn’t really encouraged in my family. I got yelled at a lot for "simply drawing". My grandfather, however, was more understanding. I come from a farming family; we had a large hall that was used as a storage room. My grandfather had that hall cleared and told me to use it for my drawing. I didn’t draw on paper or in notebooks; I drew on the walls. If the elders in my family punished me, I would draw caricatures of them as my punishment to them!

My first schooling was in a gurukulam at age three in Rajapalayam. I pretty much moved around after that--studying in Sivakasi, back to Rajapalayam, Virudhunagar, Madurai. In my sixth, there was this kid who was older than us by four years. He had been kept back in the same class thrice. He was kind of a rowdy, and everyone was afraid of him. He asked me to draw a picture of our maths teacher Arumugam with actress Silk Smitha, as if it were a frame from a duet song. I refused at first, but since he was bigger and bossy, I soon gave in. He took my drawing and promptly took it to the maths teacher who took it to the principal. The principal, instead of being angry, smiled. He said it was drawn well. He told me I should keep drawing but not stuff like this. He told me to enter drawing competitions for the school. Which I did.

After that, every school I went to kept me on because I did so well in art and won a lot of drawing competitions for them. I never did any studying! My family was getting fed up and felt I needed to be disciplined. When I was 12 I was sent to Jammu and Kashmir to be with my chithappa who was in the military. I stayed in the army camp. I didn’t attend school for a while… instead, I polished guns.

One day a senior officer saw me polishing rifles and asked who I was and what I was doing at camp. My chithappa told him and got it from him! When the officer found out I was good at drawing, I was sent to the army school to help with art classes. I was 12. A jeep would come to pick me up and drop me. My chithappa was in a state, he couldn’t believe what was happening. I had been sent to him for training and ‘disciplining,’ but here I was being sent to school in a jeep!

How did you get into this line of work, specifically covers for pulp fiction novels? Did you undergo any formal training?

I failed my 10th standard and at 15 I came to Chennai without telling anyone at home I was coming here. I told them I was going to another place. I talked to a few magazines and showed them my work and asked for illustration jobs.

My first break was with Kumudham magazine. I began to do art for their serialized stories. Rajesh Kumar was the first writer whose work I illustrated. I got 350 rupees for it. This was towards the end of 1989 and it was a big deal for me! I had never had pocket money before; no one ever gave me any cash!

I learned from doing art all the time and I got better and better with age.

How do you decide what should be on the cover? Do you work closely with the writer / publisher? What is the ideation process like?

The person needs to convey to me what they want specifically. I like to discuss with people. I work best when I know exactly what they are looking for the picture to convey. I believe I have a good rapport with everyone I work and I believe that is very important as an artist. Meet people with a smiling face. Your face should be your business card. If you are dull, it shows in your work. How can you create interesting work if you are not energetic? I like to discuss the outlines people have in detail. As they talk I get an idea of how to take it forward.

What goes into making a good pulp fiction cover? What are some parameters you follow?

There are no rules! If you do it by rules for pulp, it’s wrong! The picture on the cover needs to convey the essence of the story inside. You need to give a feel of what they are going to read within. How long does it take for you to finish one cover? Can you take us through your process?

I was doing 50 pictures a day when I started out. People come to me because of my speed and the fact I can grasp what they are looking for in an illustration. Even today I do up to twenty different pieces a day.

How important, according to you, is the cover in selling a pulp fiction novel?

What do you think is the future of cover art for pulp fiction novels?

The thought process of people is changing. I look forward to working with people with different ideas. How many times can you keep drawing a beautiful girl on the cover? People want something different now; they look forward to new things, the unexpected. I am excited to do things that are unusual. You came to me with the idea of doing a book of ladies with monsters. I really liked that! It was very different! Do you have a favorite pulp fiction book or a particular cover that’s stayed with you? Or a favorite from the covers that you have illustrated? Would you be able to share images of these with us?

I have done over 20,000 covers and illustrations in my life, up to a thousand a year, because of my speed. It would be a lie to say any one was a ‘favorite’; why should we have a favorite? The world changes every day. I never look at drawing once I’ve done it to admire it. Have you ever seen my art on my walls? Once a work is completed, I am done with it. I don’t look back on it--I look forward to what I am I going to draw next. My work is on Kindle now. My illustrations appear with slight animation, a woman turns and looks from left to right. It’s new and interesting--but the truth is the depth that a print book has… that cannot be matched.

I have been doing this since I was 15. I’m still doing it! In the last twenty years I have encouraged many artists to take up this kind of illustration work. I have even offered to train them; I’ve said they could use my studio space. But so far no one has come… even the people at Kumudham say “we’re still coming only to you after all these years!” I hope in the future, more artists take this up. 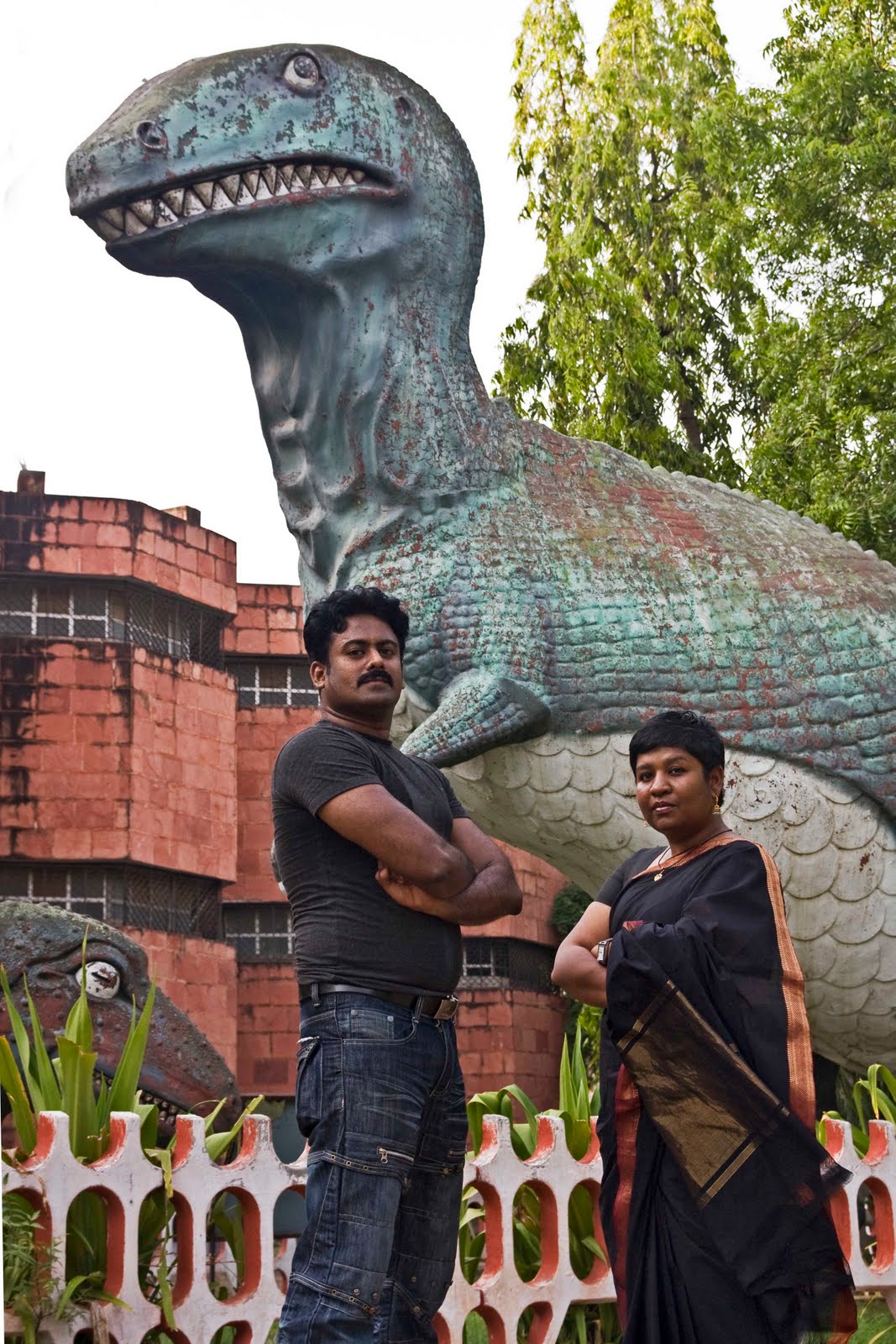